Friday and the milestones continue to come. Reached Tangiers after a really good but hard ride from Larache. Mountains not too bad really hard long climb to start with but then a great fast 10 mile ride down the other side.
Second longest mileage day and also second greatest climb day. The greatest mileage and greatest climb achieved so far were on separate days. So this might have been the hardest day’s cycling so far. Any cyclists out there got a metric that combined distance and climb into a single measure?
So, that’s the end of the Morocco leg. First country finished.
Also now completed over 1,000 km (1,009 in fact, 626 miles).
Quiet few days coming up due to wanting to have a look at a couple of cities and also getting the ferry across to Spain.
Some of the climb today was self inflicted. Getting alcohol here, a Muslim country, is very difficult. In the large cities Carrefour sometimes have supermarkets with a closely guarded dark room out the back selling the stuff, if you can find it. So having arrived in Tangiers and seen that there was a Carrefour a few kilometres away I started a detour so as to be able to celebrate todays’ achievements with a couple of beers. This was painful, I learnt that Tangiers, like Rome is built on 7 hills, although I haven’t counted them. Therefore a lot of extra climb at the end which I could have done without.
The last photo is out of my bedroom window. The mosque not only is very close but most of its’ speakers seem to be aimed directly at my window. Might have a disturbed night tonight! 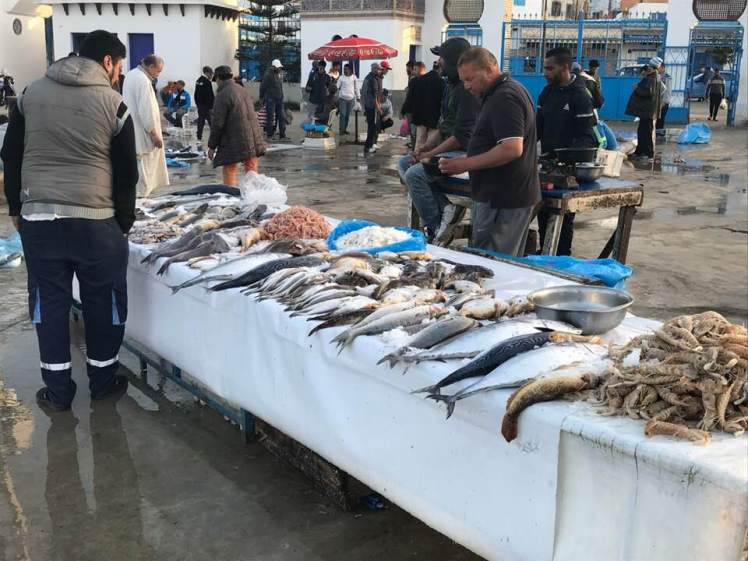